Contactless payment on a digital object

Commissioned by Exterion Media, DooH Solutions & Services has co-enabled a remarkable donation campaign of The Dutch Cancer Foundation (KWF). Through several digital objects in shopping malls in the Netherlands customers can make a donation through paying contactless with their bank cards.

The digital advertising object on location has been modified and provided with a touch screen incorporated into the glass and a point-of-sale terminal on the side of the object. By touching the screen the donor can indicate whether he wants to donate €2,50, €5,- or €10,- to the KWF. Next, the point-of-sale terminal is activated and the bank card has to be held against the terminal. In case of a successful transaction a confirmation of the donation is shown on the screen. 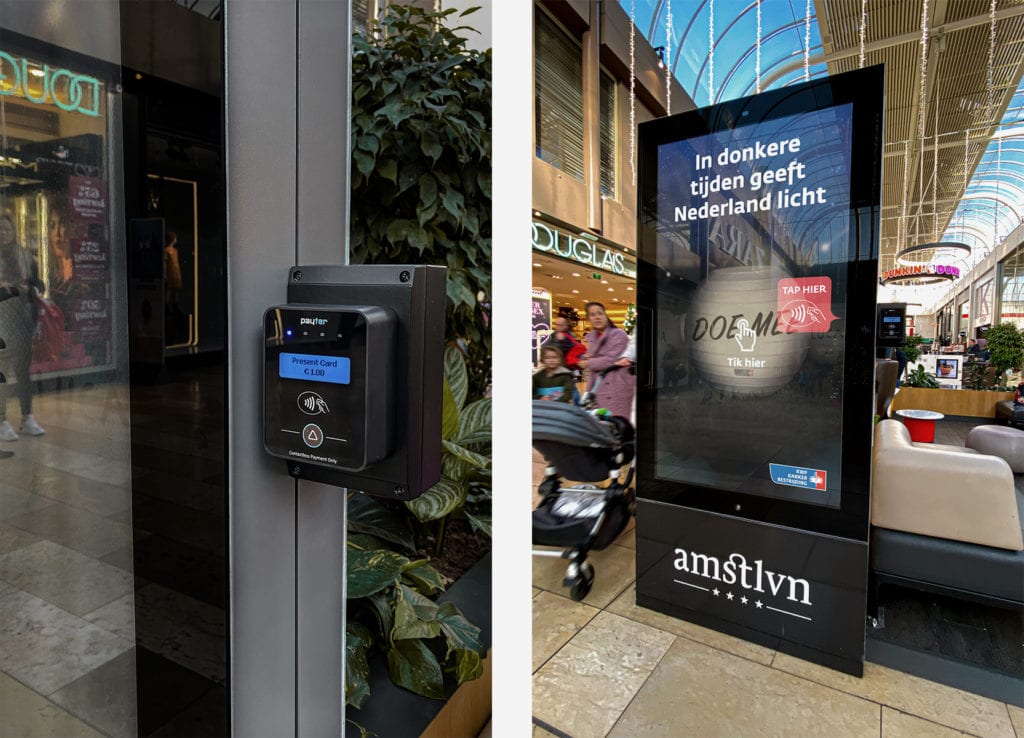 This campaign is part of the campaign “Share a light” and it is the first party in the Netherlands that deploys contactless payment with a bank card on a digital screen. This idea sprung forth from the growth that contactless payment on collection tins had seen. This way donors themselves can choose an amount of money allowing them to donate money to charity in an easy, fast and accessible fashion.

The “Share a light” campaign runs in December 2019 and has been adapted to run collaboratively on TV, radio, social and Digital Out-of-Home. On 29 December a final show is broadcast on TV on channel SBS6 at 6.30 pm. 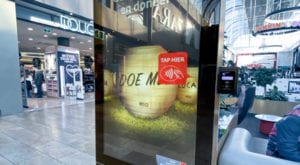